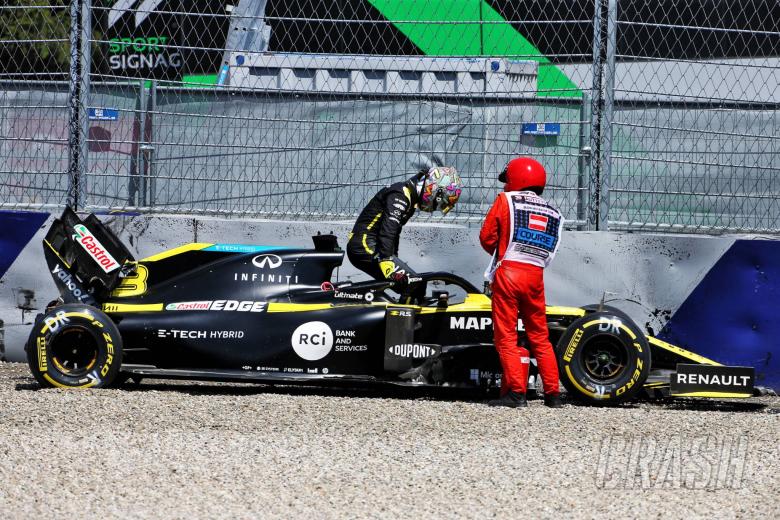 Racing Point has criticised Formula One rivals Renault for the "misconceived and poorly informed" protest which led to its brake ducts being impounded by the FIA after the Styrian Grand Prix.

Renault and Racing Point, formerly known as Force India, have clashed before over the regulations with the French team stripped of points from the Japanese Grand Prix after a protest by the Silverstone-based outfit.

Racing Point maintains it has simply copied the Mercedes design after studying photographs of last year's vehicle, and this was done without access to Mercedes design documents.

Renault lodged a protest with the stewards in the hours after Sunday's race against their rivals' RP20 vehicle in effective culmination of a long-running saga since winter testing in February.

Mercedes already supplied Racing Point with its engine and gearbox.

"Prior to the start of the season, the team cooperated with the FIA and satisfactorily addressed all questions regarding the origins of the designs of the RP20".

Daniel Ricciardo was left unhappy after a lunge by Lance Stroll cost him two places late on in the Styrian Grand Prix.

Rival teams hinted at suspicions over the auto during F1's preseason testing in February, but the start of the season was delayed until last week due to the coronavirus pandemic and formal protests can only be lodged at an event.

In a statement released on Monday, Racing Point firmly rejected Renault's allegations and is confident the case will cleared.

The sport's rules set out a list of components that each team must design themselves, which includes the brake ducts.

In layman's terms Renault believe Racing Point are not using a design which was made by Racing Point, but rather are made by Mercedes which Racing Point have somehow acquired.

"I really believe today we had, debatably, the second quickest auto, maybe third, but we were definitely quicker than Renault, McLaren and a lot of other of our competitors".

Renault submitted its protest in relation to the legality of the RP20, just hours after both Racing Point cars finished in the points ahead of Daniel Ricciardo.

"Firstly he didn't really get past, he forced both of us off the track", Ricciardo said to Sky Sports F1.