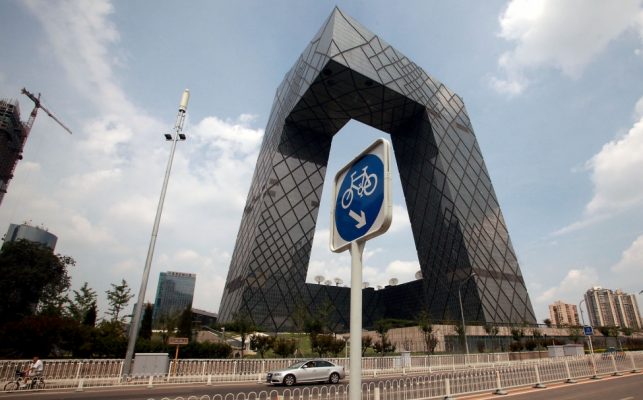 The Trump State Department on Monday added four Chinese media outlets to a list of organizations considered to be the equivalent of foreign embassies due to their close ties to the Chinese Communist government.

US Assistant Secretary of State for East Asian and Pacific Affairs David Stilwell said on Monday that the designation was a response to actions by Beijing.

The action against the Global Times and the three outlets means that they will be required "to submit a list of everyone who works for them in the USA and any real estate holdings", Associated Press reported.

"This foreign mission designation is an obvious step in increasing transparency of these and other PRC government propaganda activities in the United States", he said, referring to the country's official name, the People's Republic of China.

He said other Chinese media are allowed to operate in the United States without this designation, but these nine collective entities are not media organizations and their employees "are doing more than just propaganda".

In February, after the U.S. designated the first five Chinese news organizations as foreign agents, and after a move by China to expel three journalists for The Wall Street Journal, the Trump administration imposed visa quotas the Chinese outlets, The Times reported.

Beijing decried Monday's move by the US State Department as "bare-faced political suppression of Chinese media", which "further exposes the hypocrisy of the so-called freedom of speech and press which the US likes to flaunt". He simply calls it "propaganda", and goes on to specify several outlets such as China Central Television, the People's Daily and The Global Times.

"What President Trump is saying, 'no China, I will label this virus for its place of origin'". "It's a fair thing to point out, as China tries to ridiculously rewrite history... ridiculously blame the coronavirus on American soldiers", McEnany said.

Morgan Ortagus, a State Department spokeswoman, said the question was inappropriate and told the AT&T operator to "mute that line", the Times reported. The five Chinese media outlets initially reclassified as foreign missions earlier this year were required to dismiss almost half the Chinese nationals on their staff, according to AFP.

In March, China expelled more than a dozen American journalists working for The New York Times, The Wall Street Journal and The Washington Post and required those outlets, as well as the Voice of America and Time magazine, to provide the government with information about their operations.